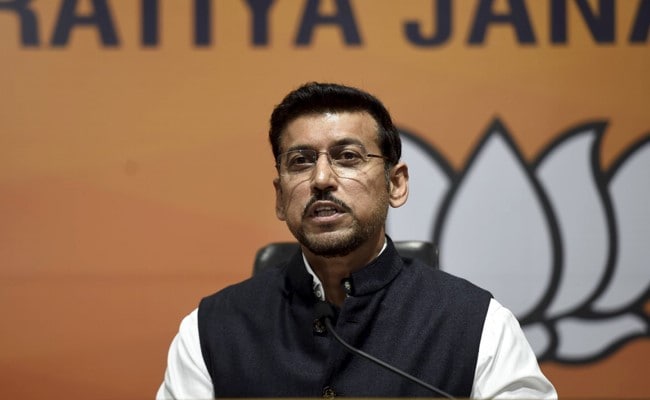 Hitting again at Congress chief Rahul Gandhi for claiming that India is ignoring the specter of warfare from China, the BJP on Friday accused him of attempting to demoralise the army and took a swipe at his great-grandfather former Prime Minister Jawaharlal Nehru.

Speaking to journalists at a stopover throughout his Bharat Jodo Yatra earlier within the day, Mr Gandhi alleged that China is making ready for warfare and the Indian authorities is sleeping over it and ignoring the menace.

Responding to the remark, BJP spokesperson Rajyavardhan Singh Rathore stated, “Rahul Gandhi feels there needs to be proximity with China. Now, he has developed a lot proximity that he is aware of what China will do.”

“During his yatra, Rahul Gandhi has made feedback about Indian safety and border areas to unfold confusion within the nation and demoralise Indian troopers. This will not be the India of his great-grandfather Nehru, who misplaced 37,242 sq. km to China whereas sleeping,” he instructed a information convention in New Delhi, referring to the 1962 warfare between India and China.

He stated Mr Gandhi shouldn’t make “irresponsible remarks about nationwide safety” in a bid to “re-launch” himself.

Mr Rathore, a former Union Minister, claimed there have been quite a few Chinese transgressions in the course of the Congress-led UPA authorities on the Centre.

Whereas, there was a three-time improve in spending on border infrastructure because the Narendra Modi authorities assumed workplace in 2014. The nation is now firmly guarding its borders and territory, he added.

Earlier within the day, Mr Gandhi stated, “I can see the specter of China very clearly. I’ve been clear on this for the final two-three years, however the authorities is attempting to cover it and ignore it. This menace can neither be hidden nor ignored. Going by their full offensive preparation that’s on in Arunachal Pradesh and Ladakh, the Indian authorities is asleep.”

He stated that is taking place as a result of the Narendra Modi authorities does “event-based work” and “doesn’t work strategically”.